"THE CITY" Available now!! Listen, watch and download below!

THE CITY is inspired by the government corruption in Queensland during Grant's youth and the impact it had on his family. Grant's Dad was sacked from the State Power Company and charged with disobeying a direct order in a state of emergency after refusing a direction to cut power to businesses unwilling to cooperate with the corrupt Government’s

THE CITY is inspired by the government corruption in Queensland during Grant's youth and the impact it had on his family. Grant's Dad was sacked from the State Power Company and charged with disobeying a direct order in a state of emergency after refusing a direction to cut power to businesses unwilling to cooperate with the corrupt Government’s demands. Subsequently, after months of targeted intimidation, alienation and violence from Police and the community my family were forced to flee to Western Australia. It would take over 20 years for Dad to clear his name.

THE CITY lyric video was created by the masterful Russell Taylor of www.russdrawsstuff.com. It was such an incredible treat to work with Russell on EMILY/GRANT's first ever lyric video!

WHAT ARE OTHERS SAYING ABOUT EMILY/GRANT'S "THE CITY"

"Not since Pink Floyd’s “The Wall” has high concept song-smithery and graphic art conspired to deliver such a viscerally emotional gut-punch. Move over Roger Waters; stand aside Gerald Scarfe - finally, after 40 years, there’s some genuine contenders in your wheelhouse: EMILY/GRANT and Russ."  ANGUS ASINOV

"Absolutely beguiling! Emily and Grant’s music whisks you away on a cerebral journey replete with complex emotions, thoughts and images. A track to lose yourself in. And indicative of the type of sophisticated and layered music we have come to expect from these two exceptional musicians. Prepare to be completely captivated and wanting more"    JELDAI KING

"Capturing the story and intrigue of villainy and prevailing power, EMILY/GRANT's ‘THE CITY’ takes the listener on a journey into the wild, beautiful and unexpected"  BONNIE JOY

"Like the finest of wines, these musicians know how to concoct and brew a delicious, mouth-wateringly intoxicating auditory experience. I can’t believe this intricate soundscape has been produced by two people alone. ‘The City’ by EmilyGrant showcases exactly what sacrifice for your art can achieve. The animation is incredible and captures the atmospheric narrative perfectly. However, the desperation conveyed in this power-drunk, sobering story, is carried along by the blissfully brilliant music and lyrics that remind us of the magic that freedom affords those who escape being trapped. It is transformative. From dark and moody, it undulates to sweet and promising with a rhythm and pace that cannot be predicted but makes complete sense. Pour me more." MATTY LOWE

"Self-appointed sirs & perfect crimes ...the perfect storm of Emily Grant magic makes me want to run to and from the lights! Amazing! Mesmerising! Stunning!"  OAK&HOLLY

"I had goosebumps from the opening moments of the song, and they didn't go away.   Emily's soaring voice is breathtaking, as is the vision & scope of the song.  I don't think I've ever seen a more perfect synastry between music & visual representation.  Russ has created a gritty, glamorous world that is powerful & seductive. The City left me craving more of Emily Grant's music and the world that it takes place in.  It may be greedy, but I want a full length visually accompanied album next!"   WAYFINDER

‘Stunning vocals, hypnotic storytelling and like a beautiful allegory, I wanted to dive in for more and more. THE CITY is a delicious fudge sundae you can’t stop .You simply have to keep going"   MS MAYA

EMILY GRANT “is a crossover of classical and pop music. It’s dark. It’s emotive. It’s exciting. It’s supremely engrossing. It’s just so complimentary, the guitar and the piano; it works so brilliantly. Don't try and pigeon hole it because you can't. It's unique, it's original, it's got atmosphere. It's just got everything that is so special about Australian music and it's got it all in one band"  DAVE ANGER, 100.3 FM

EMILY GRANT is the unlikely but formidable duo of classically trained pianist Emily Kate (piano, vocals) and rock loving guitarist Grant Michael. Don’t be fooled by their stripped back musical resources, as witnessing Grant’s “buckley-esque guitar work” X-press magazine alongside Emily’s “soaring vocals” Hype Magazine and ivory pounding skill at the piano, you won't be left wondering why EMILY GRANT have captured audiences around the world from Spain, to Paris to New York; rocked the stages of the Sydney Opera house, the Edinburgh Fringe, MONA and the NHOW Music Hotel, Berlin and attracted musical collaborations which bend from Australian Jazz alumni to electronica artists of London’s dance music kingdom “Ministry of Sound’.

Having launched their EP with a summer tour of Australia, New York, Paris and Berlin EMILY GRANT are back in the studio working on part two of their trilogy!

WHAT OTHERS ARE SAYING ABOUT EMILY GRANT

“Musical sophistication, individuality, diversity and a touch of simplicity all tastefully infused into an impressive whole. By the third play through … I was hooked”  Feature review, BANDCAMP

“Potentially iconic… stunning… this song has Bond all over it; it is every bit as good as Adele’s SYKFALL… quite simply, a masterpiece ”  Gary Courtland Myles, Soundcloud

“This is something to write home about. Wow!!”  @Michizz0, Instagram

In the early hours of a party in Perth’s Northern suburbs, Emily Coyle enquired after a track playing on the stereo. She was chuffed to discover that to the tunes’ creator was fellow reveler Grant Staines, who had recently recorded the work (his own composition) at a session in Shelter Studios; introductions ensued.

Despite their incongruous musical bents and Emily being weeks away from departure to take up a position at the Melbourne Conservatorium of Music, she was so enraptured with Grant’s song “Idol 55” she proposed an ultimatum; one year to collaborate to see where it would take them. They would never look back.

Emily and Grant, under the collaborative name of ‘Idle55’ recruited a rhythm section and stormed into the West Australian Music scene, past 500 entrants to win the heat and semi final of the "Next Big thing competition" falling short of Grand Final victory to none other than John Butler. Their consolation prize was enough studio time to record their first, self-titled album ‘Idle55’ which attracted an invitation to perform in the UK Lizard Festival, alongside Groove Armada, James, The Levellers and Kula Shaker.

Their subsequent performance at the Edinburgh Fringe Festival garnered a personal invitation to feature in the upcoming New York Fringe, but Emily and Grant instead set sail for Spain where for 3 months they thrilled the Spaniards with their show from Sans Sebastian to Granada and back again.

After a year writing in the UK, Emily and Grant returned to Australia. With a new line up of talent they were once again staple fixtures on the West Australian Music scene, with a following whose loyalty broke attendance records and evidenced that their “act certainly has more than one string to their bow” Hype Magazine. Their live show caught the attention of electronica act NU-23 who commissioned Emily to write and perform works with them during the Australian Ministry of Sound tour.

Emily and Grant recorded their second studio album “Six Degrees” of which the opening single broke through community radio to feature on commercial FM but in an all too familiar story, the drummer relocated and the bass player retired leaving Em and Grant with no band to tour. Devastated, but determined Emily convinced Grant to ditch the rhythm section, move to Melbourne and take to the stage just the two of them.

They did just that, going ‘underground’ to write and reinvent. Emily and Grant re-emerged with a new sound, a new name ‘EMILY/GRANT’ and a new EP “Turning Around" which they toured across Australia and the stages of New York, Berlin and Paris.

In 2022, EMILY/GRANT released their latest work THE CITY, available now.

For the full story please visit the bio 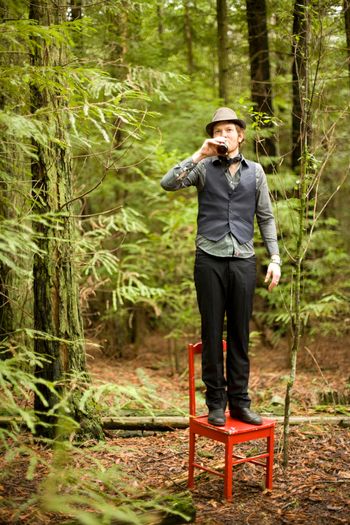 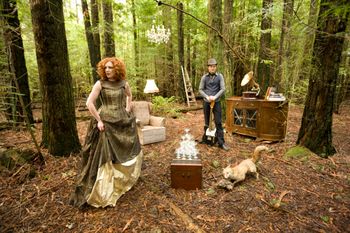 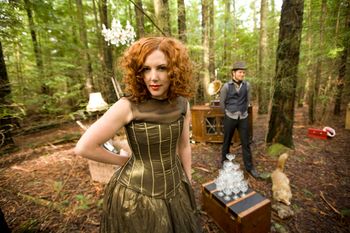 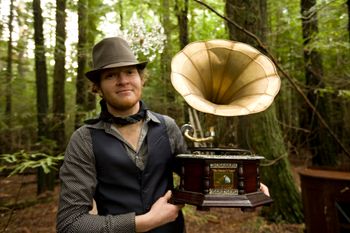 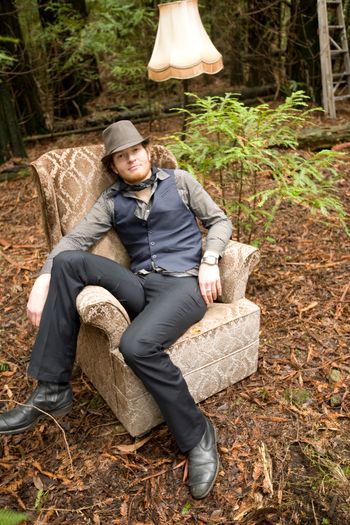 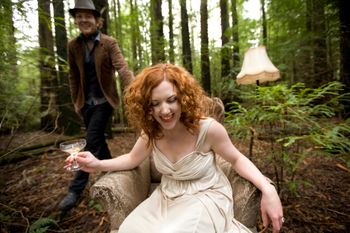 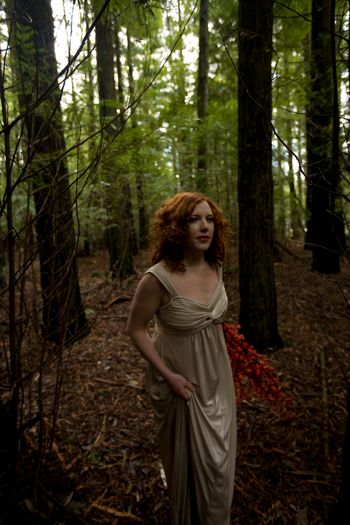 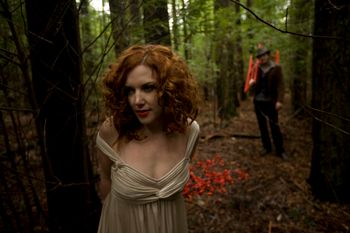 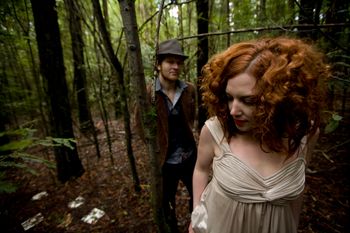 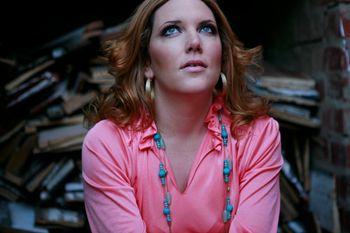 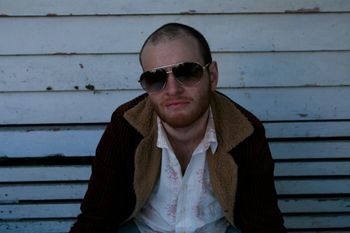